Bringing Everyone to the Table

A Safe Space for Conversation

Why We’re Adding Men to Justwomen

Justworks has hosted the Justwomen series since 2014 to celebrate women's professional achievements. After generating amazing dialogues, it's time for an update. 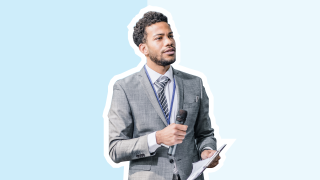 The Justworks team has been proud to host numerous Justwomen events over the years. We founded the series to help women in business network with each other, learn from their community, and get that coveted seat at the table — and in front of the microphone.

Get to know some of the MWBE customers in our community.

Now, Justworks is updating the format of these popular events. We are committed to fostering diversity and inclusion in the workplace, and we believe inclusion is a great way to build dialogue. As such, we’re inviting men to join both the panel and the audience of our upcoming Justwomen event on March 29th.

The very first Justwomen event took place in the fall of 2014.

“The initial mission of Justwomen was centered around providing an avenue where amazing women could come together, meet, and inspire one another,” said Valerie Avila, Sales Manager and founder of Justwomen.

“Justwomen created an environment where we could focus on topics that are relevant to leaders and where we discuss issues and inequities during each event to heighten that awareness,” Valerie said.

As conversations around gender inequality in the workplace have come into the spotlight, we face a pivotal moment.

Justwomen has always been about celebrating women in business’ unique accomplishments, distinct from their relationship to men. However, as the conversations around gender equality in the workplace have come into the spotlight, we face a pivotal moment.

“In light of the national narrative around #metoo, we wanted to make sure we’re addressing the systemic challenges women face,” said Camilla Velasquez, VP of Product Management and Marketing. “Having men on the panel allows us to create a dialogue between the genders, in order to create empathy and also discuss how everyone in the business community can contribute to making the environment better.”

While the awareness brought to these stories is great, parsing through the issues is less straightforward. The danger of heightened awareness is that it can be polarizing.

“If we wait too long to align parties, resentment and fear can kick in, which further distances us from the equality we set out to achieve in the first place,” Valerie added.

So how do we begin to tackle these problems and create change?

Bringing Everyone to the Table

“We’re trying to make Justwomen more inclusive,” said Cassidy North-Reist, Events Manager at Justworks. “Women aren’t being hired in bubbles; they have to interact with men on a daily basis. It’s important for those men to be involved in creating change.”

The upcoming panel on March 29th will feature VCs and focus on the world of investing. Our panelists include Soraya Darabi of Trail Mix Ventures, Peter Boyce II of General Catalyst, Ben Sun from Primary Venture Partners, and Beth Ferreira of FirstMark Capital. The panel will be moderated by Lydia Dishman from Fast Company. While this industry is certainly buzzy, investing is often perceived to have a boys’ club feel.

We want the event to be forward-thinking and bring about a change dialogue.

Justworks is ready to tackle tough conversations in an inclusive way. We want to foster dialogue, especially in our own backyard of NYC. We also believe its a way to extend our values of inclusivity and consistent learning from others into the community.

“We think this is what our customers and our community really want to hear about,” Cassidy said. “We want the event to be forward-thinking and bring about a change dialogue.”

A Safe Space for Conversation

The original intent behind Justwomen was to create a safe space where women entrepreneurs and women in business could have open discussions about the issues that affect them. The goal of the event being safe remains the same, no matter the speakers or audience. The aim is for everyone to feel comfortable speaking up.

The event staff will not be recording or broadcasting any part of the event in order to further the goal of maintaining a safe space. The only promotion during the event will be via Twitter to bring curated insights of the conversation to the broader audience on social media.

“I know this shift to include men on the panel will come as a shock to many Justwomen regulars,” Valerie said. “For some, there may even be negative sentiments toward it. But we would never have been able to start Justwomen and build our success as Justworks without both men and women.”

The goal of the event as a safe space remains the same, no matter the speakers or audience.

At the end of the day, the aim of the event is to discuss some of these important topics around gender equality. We hope everyone walks away with at least one piece of actionable advice that better helps align both men and women.

“I’m hoping for a good, meaty conversation about how the NYC business community has been confronting stories of harassment or systemic bias,” said Camilla. “I hope it is a constructive dialogue, but where people with different viewpoints can learn something.”

“Things will not change just with an event, but I hope that it will prompt conversations and behaviors within tech and VC to create a larger network effect and inspire others to build their own initiatives,” said Valerie.

Visit our site for more information about Justwomen and to request an invite to our upcoming event.