SALES (844) 749-7785 SUPPORT (888) 534‑1711
PricingPricing
Suggested Content
Explore by Content Type
Article Video Download
Explore by Guide
Mental Health Health Insurance PEOs Employment Laws
Login
PricingPricing
LoginGet Started
Spotlight
Share Justworks with a friend.
Start Your Referral
How Justworks Can Help You
Hiring and Onboarding for Remote TeamsAccess the tools and resources to help you build your team, stay compliant, and grow in all 50 states
Offer High-quality Health InsuranceWe make it easier for you to access the large-group health insurance plans you need
Skip the Manual Work of Running a BusinessNo more time wasted figuring out complex payroll, organizing documents, or administering benefits
Take Better Care of Your EmployeesPrioritize your team’s wellbeing with access to quality benefits and perks that focus on employee health and wellness
Accelerate Your New BusinessGet access to the software, services, and support that will help you scale your business fast
Manage Time Tracking With EaseOur robust time tracking tool and user-friendly HR platform integrate seamlessly so timekeeping is effortless for you and your team.
Platform Features
Justworks PEOEmployee benefits, payroll, HR, and compliance all in one place with 24/7 support.
Employee BenefitsGet access to a variety of high-quality health insurance plans through our employee benefits packages.
Payroll ServicesPayroll software that runs seamlessly so you can make any payments at no extra cost.
HR ToolsDitch the spreadsheets for HR software & tools we’ve built from the ground up.
Compliance SupportOur compliance support can help you navigate the unknown and comply with employment regulations.
24 Hour Full-Service SupportWe’re here to help you navigate the ins and outs of running a business.
Justworks HoursStreamline and simplify time tracking for you and your workforce.
Partner with us
Accountants
Brokers
Venture Capital
Spotlight
Share Justworks with a friend.
Start Your Referral
PEO Plans
Basic — so much more than payroll softwareAccess robust HR tools, compliance resources, wellness and financial perks, and 24/7 customer support
Plus — so much more than health insuranceGet payroll software, HR tools, compliance resources, wellness perks, and 24/7 support with access to quality healthcare coverage
Our CompanyLearn about Justworks, our investors, industry certifications and qualifications, and company history.
Our ValuesWe value camaraderie, openness, grit, integrity, and simplicity at Justworks. Our company values are reflected in our product and in our team.
Our TeamGet to know our founding story and meet the Justworks Leadership Team.
Our CustomersFrom coast to coast and across industries, small- and medium-sized businesses are saving time and money using Justworks’ all-in-one solution.
CareersMake an impact on growing small businesses. Learn more about Justworks careers here.
DEIBJustworks strives to reflect the world we want to see by leading with diversity, equity, and inclusion principles, a guiding mission and vision, and follow-through.
PressRead the latest news about Justworks, including company and product announcements, research reports, interviews, and more.
Justworks.orgLearn how we are creating equitable access to entrepreneurship for underrepresented founders.
Spotlight
Share Justworks with a friend.
Start Your Referral
Resource CenterBrowse tips on what you need to launch, run, and scale a business successfully, from healthcare to hiring, filing taxes, or just creating a great place to work.
Events and WebinarsCheck out our online talks on topics that matter most when protecting your business and taking care of your team.
Partner With UsJoin Justworks partners to get access to free HR tools, resources, and savings that will allow you to offer your clients more.
Referral ProgramKnow any companies that could benefit from seamless payroll, access to affordable benefits, and HR support? We’d love to meet them.
Customer Help CenterAre you a Justworks customer? Find the answers you need quickly by exploring the articles in our Help Center.

Justworks Should Represent Our Community

Can We Make Tech as Diverse as NYC?

Justworks CEO Isaac Oates talks about the importance of diversity and why we're striving to go beyond tech benchmarks. 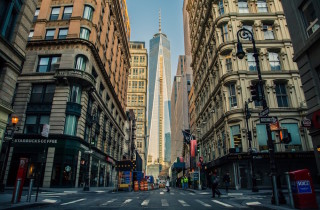 This is the question that came up in a recent leadership meeting. Our headcount had grown steeply from 20 to 120 employees in the past 15 months. Taking a step back, Camilla Velasquez—our head of product—teed up a conversation about diversity within the company.

Justworks Should Represent Our Community

My first question was about the state of affairs. Is Justworks diverse? It’s a question that can only be answered after you know where you’re trying to go, and that was a topic we’d never confronted head on as a team.

In that first conversation, before we’d even looked at the numbers, we talked about what “diverse” meant and how it should be benchmarked. Should we benchmark against the US workforce? Other tech companies? Something else?

People often ask me about NYC versus Silicon Valley as a place to start a startup. Is it harder to raise money? Is it harder to recruit engineers? Do I wish I’d started Justworks in the valley instead?

Justworks couldn’t be what it is without being in NYC.

New York has been the gateway to America for hundreds of years. If you were born an American, someone in your family line likely came through South Street Seaport (once a slave port—now a mall), Ellis Island, or JFK airport.

This is why I love New York City.

We have interviewed thousands of New Yorkers for jobs at Justworks. The stories that I’ve heard are striking and humbling.

While we’ve only been able to hire a small percentage of the people that we interview, every story leaves an impression. Every story makes me proud to be a New Yorker.

I’ve always thought of Justworks as diverse. When the team was just seven, four of us were racial minorities and two of us were female. That seemed pretty good for a tech startup.

Adam Meisel, one of our first team members, remarked to me early on: “It seems like everyone on the team has a different superpower. That makes us an incredible team.”

In that statement, Adam summed up the power of diversity.

But our goal is not to mirror the tech industry; our goal is to reflect NYC. Our benchmark is the NYC workforce, which is currently 43% female and 62% racial minority. We’re on the right track, but we have some work to do.

My commitment—our commitment, as a company—is to build a workforce that reflects our community. It’s not just about gender (identity), race, orientation, age, or the other “protected” dimensions; it’s about diversity of thought and perspective. It’s about strength.

Today I’m happy to announce that we made our commitment official by signing the Tech Inclusion Pledge. I encourage other NYC startups to also sign on.

Isaac is Founder and Executive Chair of Justworks.