How Justworks Can Help

[Infographic] How Companies Are Leveraging the Gig Economy

Learn how small-to-medium-sized businesses are expanding their partnerships with freelancers across the United States as part of the "gig economy." 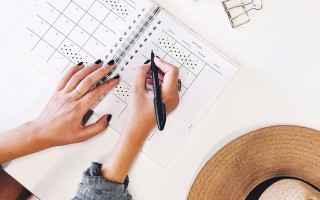 The gig economy is booming, and this freelance-as-the-norm landscape is fundamentally shifting how businesses large and small operate.

All signs point to the trend continuing upwards. According to the Freelancers Union based in New York City, freelancers now make up 35% of U.S. workers and collectively earned $1 trillion in 2015. On top of that, 79% of surveyed freelancers said freelancing is better than working a traditional job.

This infographic shares how small- to medium-sized businesses are investing in freelancers, including the hiring difficulty of each role and how much contract workers can increase your team’s productivity.

Although hiring freelancers has become more common, the rules of engagement are continually evolving. So, how can you ensure a fruitful partnership for your freelancers and contract workers?

According to Workforce, two U.S. senators have introduced legislation that will offer gig economy and contract workers portable benefits.

How to Manage Freelancers (the Legal Way)

“At Justworks, we’ve come across many entrepreneurs who want to extend benefits and perks to their workers but are legally limited in what they can offer,” said Justworks CEO, Isaac Oates. “Portable benefits will help them provide protections to all of their employees.”

Other legislation has also been in the works. New York City recently passed a new law protecting freelance workers, which covers a range of topics from written contract requirements to unlawful payment practices and prohibition against retaliation.

How Justworks Can Help

Looking for tips on how to recruit and hire freelancers? We made a guide that helps you ask the most relevant interview questions and integrate remote workers into your growing team.