Why Does AB5 Matter?

What Does the Law Do?

How Does the ABC Test Work?

How Will AB5 Affect Me?

What You Should Know About AB5, California’s New Employment Law

AB5, California’s latest employment law, has strict standards for classifying workers as independent contractors rather than employees. Here’s what you need to know. 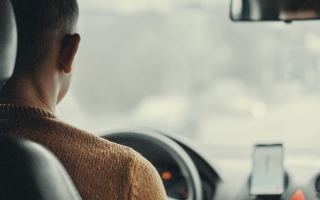 In September of this year, California legislators passed and Governor Gavin Newsome signed into law Assembly Bill 5 (also known as AB5), which will take effect on January 1. The passing of the law is just the latest development in California’s changing employment landscape, where businesses are facing new, more restrictive standards for classifying workers as independent contractors rather than employees.

Our guide breaks down exempt and non-exempt employees.

Most of the press surrounding the law has focused on the impact it will have on companies operating within the “gig economy,” like Uber and Lyft, but there are serious implications for small business owners as well.

If you own a business or have remote employees located in California, here are some of the essentials about AB5 you should know.

Why Does AB5 Matter?

Knowing how to properly classify your workers is extremely important. Employees are generally entitled to legal protections and benefits–like minimum wage, workers’ compensation, unemployment insurance, expense reimbursement, and paid sick and family leave–to which independent contractors are not.

If you misclassify an employee as a contractor, your company could be liable for employment taxes, back pay, fines, and other severe penalties under various federal and state laws.

What Does the Law Do?

There isn’t one single independent contractor test that applies across all state and federal laws. Most tests, such as the IRS test, focus on the degree of control that a company has over the work performed.

In 2018, the California Supreme Court adopted a more stringent test for California’s minimum wage and overtime regulations. Under that test–known as the “ABC test”–freedom from control is only one component that an employer must show to demonstrate that a worker is properly classified as an independent contractor. Among other changes, AB5 extends the ABC test to apply to other California employment laws.

Massachusetts, Connecticut, New Jersey, and other jurisdictions also apply some version of the ABC test under certain employment laws.

How Does the ABC Test Work?

To be considered an independent contractor rather than an employee under California’s ABC test, a company must prove that a worker meets all of the following requirements:

B) performs work that is outside the usual course of the hiring entity’s business; and

C) is customarily engaged in an independently established trade, occupation, or business of the same nature as the work performed.

How Will AB5 Affect Me?

Knowing how to classify workers is important regardless of whether AB5 applies to your business, but it can be confusing. If you’re concerned about how you classify workers in California (or other states that apply the ABC test), consult an attorney about the circumstances of your particular situation. You should also consult an attorney or tax advisor before reclassifying a worker in the middle of a taxable year.

Justworks helps businesses with their benefits, payroll, and everything else they need to take care of their team.