What Privilege Is Not

Have You Been Impacted by Privilege?

What Privilege Is... and Isn't

Once you better understand what privilege is, and is not, you’ll have an easier time identifying how and where to use your privilege for good. Read on to learn more. 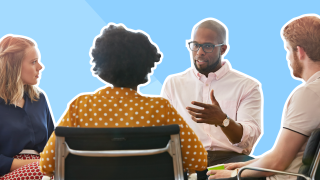 The concept of “privilege” is one that has been discussed quite a bit in recent history. It’s a word that people can react to very emotionally, in a way that can easily create a barrier to important dialogue that needs to happen. It’s important to recognize what privilege is — and is not — within the context the term is being used.

The Field Guide to Allyship in the Workplace

Are you and your team ready to become stronger allies?

What Privilege Is Not

For those who’ve experienced inclusion and acceptance in society or the workplace simply because of who they are, their perspective might be that privilege equates to being born into a wealthy family or otherwise having financial security and stability. While it’s true that wealth is a type of privilege, it’s not the primary focus when discussing societal privilege. Instead, the focus is more on the realities that lead to people being excluded from basic acceptance and equal opportunity within society.

It’s essential to keep in mind that privilege isn’t bad — how you use the privilege you have is what’s important.

In order to shift the focus from things like wealth and status to acceptance and opportunity, it’s essential to keep in mind that privilege isn’t bad — how you use the privilege you have is what’s important. Once you better understand what privilege is and where you may experience it, you’ll have an easier time identifying how and where to use your privilege for good.

The word privilege refers to unearned advantages people may experience simply because they are — or are perceived as being — part of a particular group. When workplace decisions are influenced by privilege, this can result in a lack of equity. When a certain group benefits from unearned advantages, what happens to people who aren’t part of that group? They experience unearned disadvantage.

Recognizing privilege is an important aspect of diversity, equity, and inclusion (DEI). One way of looking at privilege is to identify characteristics about yourself that, based on societal norms, would predispose others to view you as likely to succeed.

When workplace decisions are influenced by privilege, this can result in a lack of equity.

Societal factors can definitely result in workplace privilege. However, privilege can be specific to a particular organization's culture or even biases of individuals within the organization. A few examples include:

Have You Been Impacted by Privilege?

Remember, privilege in itself isn’t bad. To recognize that you may have experienced privilege doesn’t mean that you did something wrong — it simply means that another person’s bias led to you being advantaged in some way. Failing to recognize that that privilege exists, however, is a problem. An organization (or a society) can’t overcome the bias that leads to privilege — and the inequity that results from it — until it is recognized for what it is.

Each person’s experience with privilege will differ from their peers and coworkers.

Once you have a clear idea of what privilege really is, and are aware of how it may have impacted your life, you’ll be in a unique position to use your privilege for good. There are a number of ways you can help those who do not have the same type of privilege. Here are a few workplace-specific examples to get you started:

Each person’s experience with privilege will differ from their peers and coworkers. It can be a good idea to grow as an ally by reflecting honestly on how privilege may have opened doors for you, then considering the resulting impact on others. When each person commits to becoming part of the solution, that’s a critical step toward helping ensure that your workplace is one where everyone has the opportunity to feel safe, supported, seen, and heard. To learn more, explore Justworks’ Field Guide to Allyship in the Workplace.