What Is a Workweek?

What Is a Pay Period?

Be An Informed Employee and Employer

Knowing the difference between a workweek and a pay period can help employers stay compliant when it comes to paying their employees. Read this blog to learn more. 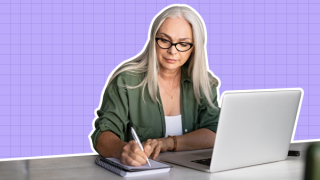 Make timekeeping effortless for you and your team with the time tracking tool anyone can use.

What Is a Workweek?

Colloquially, employers and employees often use the term “workweek” to set expectations with each other in terms of things like scheduling and hours of operations. For example, many companies may communicate a standard workweek or operating schedule in their employee handbook or policies to inform their employees when they are expected to report for duty or otherwise be available to work. In a typical office environment, this might mean Monday through Friday during typical business hours, but it can vary tremendously from industry to industry, or even role to role within a particular company, depending on the company’s needs.

The term “workweek” has legal significance, particularly under federal and state wage and hour laws.

However, the term “workweek” has legal significance as well, particularly under federal and state wage and hour laws. This is because the “workweek” is generally the standard of measurement under which overtime and other obligations are measured. For example, under the federal Fair Labor Standards Act (FLSA), a non-exempt employee is owed overtime (at a rate of 1.5x their regular rate of pay, or “time and a half”) for any amount of time spent working over 40 hours during a single workweek.

Some states impose additional and/or more stringent requirements. For example, under California law, employers must pay overtime on any hours worked over eight hours in a single day or over 40 in a single workweek, and double time for any hours worked over 12 in a single day. Additionally, employers are generally prohibited from requiring employees to work more than six consecutive days during a workweek. Should an employee work a seventh consecutive day in a workweek, the employer must pay time and a half for the first eight hours and double time for any additional hours.

It’s important to remember that a pay period doesn’t necessarily have to match up with a single workweek.

For both purposes, it’s important to define what constitutes a workweek, in order to understand an employer’s obligations. As far as the FLSA is concerned, the federal Department of Labor (DOL) has explained that a workweek is “a period of 168 hours during 7 consecutive 24-hour periods.” Moreover, “It may begin on any day of the week and at any hour of the day established by the employer.” The same concept applies under California law, with the California Department of Industrial Relations further explaining that the start day and time must be “fixed and regularly occurring…. once an employee's workweek is established, it remains fixed regardless of his or her working schedule.”

What Is a Pay Period?

On the other hand, a pay period simply refers to the period of time that is covered by a particular wage payment. Many employers use a bi-weekly pay period, which means employees are paid every other week for a two-week period preceding that payday. For example, if an employee gets paid on a Friday, that payment will typically cover the two-week period that ended the previous week. However, employers might also use monthly, semi-monthly, or weekly pay periods, depending on the circumstances.

Determining the appropriate pay frequency for your employees is generally a matter of both state law and practical considerations, as the FLSA does not explicitly set forth pay frequency requirements. For example, in New York, “manual workers” must be paid on a weekly basis, while other non-exempt employees may be paid on a semi-monthly basis. However, bi-weekly pay probably makes more sense than semi-monthly pay for non-manual, non-exempt employees, in order to avoid having a single workweek span multiple pay periods, which would complicate overtime calculations.

A pay period simply refers to the period of time that is covered by a particular wage payment.

It’s also important to remember that a pay period doesn’t necessarily have to match up with a single workweek. For exempt employees, where overtime is not generally at issue, semi-monthly pay is common. But even for non-exempt employees on a bi-weekly pay frequency, each pay period will cover multiple workweeks. However, overtime obligations under the FLSA must still be calculated based on each individual workweek. As the DOL has cautioned, “each workweek stands alone; there can be no averaging of 2 or more workweeks.” For example, if during a single bi-weekly pay period a non-exempt employee works 45 hours one week and 35 hours the second week, the overtime premium will be due on the five hours worked over 40 in the first week, even though the employee averaged just 40 hours per week during the pay period.

Be An Informed Employee and Employer

While it might seem like a minor distinction, understanding the difference between a workweek and a pay period is important for employers. By knowing which laws apply to them, employers can ensure they comply with the various employment regulations both locally and nationally.

With Justworks Hours, employers can empower their teams to track their time throughout the workweek. Our solution enables you to review employee hours logged, projects worked, and time off. And, by integrating Justworks Hours with Justworks' payroll, you can track hours, verify timesheets, and finish payroll with help from one tool. Try Justworks Hours free for 30 days!