When unconscious bias goes unrecognized, it can result in significant barriers to equity and inclusion in the workplace. Learn how to begin addressing these biases. 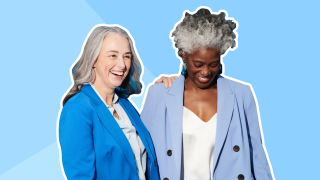 By definition, bias is a form of prejudice against or in favor of someone or something, in a way that is considered to be unfair. Bias often involves stereotyping groups of people or individuals, based on certain characteristics. Many people believe they avoid stereotyping and aren’t subject to bias, but the tricky thing is that bias can be conscious or unconscious. When a person doesn’t recognize unconscious bias, it can result in negative attitudes or behaviors toward others. Because of this, unconscious bias is a significant barrier to equity and inclusion in the workplace.

The Field Guide to Allyship in the Workplace

Are you and your team ready to become stronger allies?

Unconscious bias, also called implicit bias, is simply bias that a person isn’t aware they have. Part of what makes unconscious bias so dangerous is the fact that it can impact a person’s behavior without the person having awareness of it.

While it’s not unusual for people to want to believe they don’t have any biases, the reality is that everyone has some unconscious biases. Unconscious biases exist because of how the human brain categorizes what people experience:

This is how unconscious biases develop — it’s just your brain trying to make sense of new information. Someone similar to you may be placed into a “good” category. Someone different from you, or different from others within your comfort zone, may be placed into a “bad” or “uncertain” category. You aren’t consciously aware this categorization is happening, so it can lead to stereotypes that you don’t realize exist.

This is how unconscious biases develop — it’s just your brain trying to make sense of new information.

Often, the information someone believes is factual is actually a bias. For example, if someone “knows for a fact” that older people can’t be social media savvy, that’s an example of bias, rather than fact. This person may know someone of a certain age who isn’t good with social media, and therefore unconsciously generalized that across the entire population. It’s also possible this person may tend to stereotype people based on their age or generation without being consciously aware of it. Regardless of why this person is biased, it’s important to be aware of the impacts it may have on their behavior, especially when it comes to the workplace. Consider the following scenario:

This is just one example of the many ways unconscious bias can impact attitudes and behavior toward others. From coworkers who don’t invite team members out after work because they assume that peers with children or certain religious beliefs won’t want to go, to bosses who assume that employees who can’t work unplanned overtime without advance notice don’t care about their jobs — unconscious bias can impact many aspects of work life.

The key to keeping bias from impacting how you treat other people starts with acknowledging that it exists.

Recognizing the existence of bias means acknowledging feelings or attitudes of prejudice. That can be difficult to do, but it’s the work needed to keep unconscious bias from impacting how you treat others. To minimize the power of bias, it’s important to:

Once you’re aware of a bias, choosing to let it impact your actions would mean that you’re knowingly stereotyping other people and acting with prejudice. When members of a workplace allow bias to impact their interactions with others, this can lead to behaviors that are harmful to individuals and groups and can damage the overall work environment and culture. Fortunately, when each team member accepts personal responsibility for recognizing and mitigating the impact of bias, a truly inclusive work environment is attainable.

Don’t be hesitant to admit that you have biases – remember that having unconscious bias doesn’t make anyone a bad person.

It’s up to you to recognize and overcome your own unconscious biases. Don’t be hesitant to admit that you have biases – remember that having unconscious bias doesn’t make anyone a bad person. Rather, it’s part of what makes people human. The problem comes in when people allow their actions and/or attitudes toward others to be impacted by bias.

You can make an effort to try and keep that from happening by acknowledging any unconscious biases you may have. They’re present whether you acknowledge them or not. If you don’t take ownership of them, they will continue to impact your behavior without your awareness. Growth starts with that awareness — recognizing biases and proactively taking steps to ensure they don’t impact how you behave toward others.